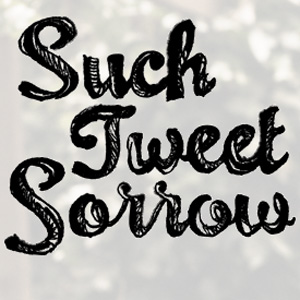 That which we call a Shakespeare play, by any other name, would…

Royal Shakespeare Company Uses Twitter to Retell Romeo and Juliet Yesterday, England’s Royal Shakespeare Company began “”Such Tweet Sorrow,” a modern-day retelling of “Romeo and Juliet.” RSC actors will spend the next five weeks updating Twitter accounts as members of the Montague and Capulet clans, responding to each other and audience members alike in a production that RSC’s Artist Director Michael Boyd tells the BBC he hopes will “allow our actors to use mobiles to tell their stories in real time and reach people wherever they are in a global theater.”

Listen, I’m ok with social media. I have Fish & Bicycles linked with Twitter and Facebook accounts, so that everything I post here automagically gets posted there as well.

And I’m not an uptight Shakespeare purist. While I did a concentration in Shakespeare as part of my B.A. in English at Rutgers, I could still appreciate Baz Lurhmann’s crazy modern send-up, Romeo + Juliet.

However, even though I might be using Twitter and Facebook to market this blog, I don’t really participate in those communities with much regularity, and so, as I look at the actual Twitter page for “Such Tweet Sorrow,” much of the appeal is lost on me because I don’t quite get Twitter culture.

Perhaps Shakespeare was talking about people like me when he wrote:

For you and I are past our dancing days.