Back in January, I wrote about my love of the band Wilco, the influence soul music has had on Wilco frontman Jeff Tweedy, and the exciting news that Tweedy was producing an album for legendary soul/gospel singer Mavis Staples.

Well, the album, You Are Not Alone, will be released September 14th, and Pitchfork has posted the track listing and a video of Mavis and Tweedy doing a cover of Credence Clearwater Revial’s Wrote a Song for Everyone. The album includes songs from a variety of sources — traditional gospel, Randy Newman, and Allen Toussaint, to name a few — as well as three Tweedy originals.

For now, here’s the Staples/Tweedy duet. Mavis’ performance is mesmerizing and moving and totally captures the pure joy of two people making music together. Bands are great fun, no doubt about it, but all you really need is one guitar and two voices for a transcendental musical experience. 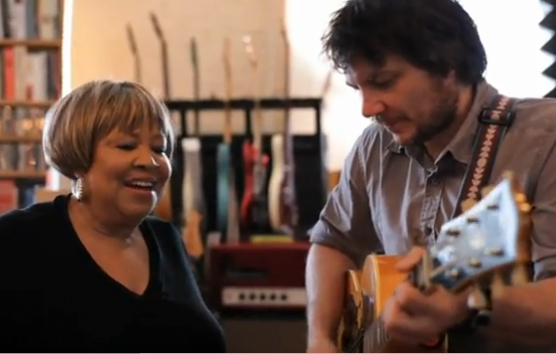