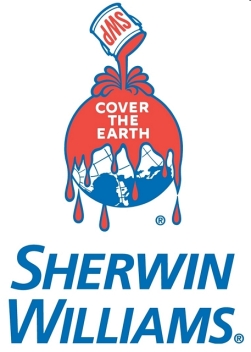 I grew up seeing the Sherwin Williams Paint logo I’ve included here in hardware stores, but it wasn’t until many years later, when my awareness about the environment and what we humans were doing to it peaked, that I realized just how over-the-top sick the image really is.

While it’s hard to give props to a company that still uses that logo, the following seems worthy of a Celebrating Eco-Progress installment.

Every little baby step forward counts, in my book.