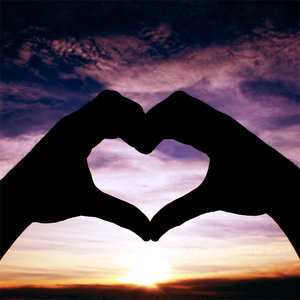 A friend of mine recently tweeted a wonderful YouTube clip (video embedded below) of a joint performance by The Flaming Lips and Edward Sharpe & The Magnetic Zeros of the Lips song Do You Realize?, filmed in a cemetery in Los Angeles, CA.

I watch that video of Do You Realize? and it’s quite bittersweet for me. While it’s heartening to see hippie culture surviving, it breaks my heart to think of how squashed the movement got, as I wrote previously, by cynicism and conservatism.

What I see when I watch that video is a crowd of people being incredibly peaceful, lovingly joining their voices together in song, singing about how precious life is and how we should, together, make the most of every single second. I’ve been fortunate enough to have had the pleasure of similar experiences, and while I was raised Jewish and now dabble in Buddhism, I’d have to say that gatherings like that, especially when they involve making music, are really the only church I’ll ever need.

Back in April 2010 I quoted a line by Pete Townshend of The Who, a line that I remembered but couldn’t recall exactly where it came from. Well, I’ve since remembered.

In 1993, Townshend released an album titled Psychoderelict, a concept album about an aging rock star lamenting the fact that back in the late 60s and through much of the 70s artists and their fans really did believe that their music and art, along with their love and community, could change the world for the better.

Townshend’s aging rocker says at one point, “Whatever happened to all that lovely hippie shit?”

Well, despite all the cynicism in our screwed up world, that hippie shit is alive and well and recently showed up in a Los Angeles cemetery. And, it really has very little to do with how people dress or how often they do drugs and drink, and everything to do with a sincere belief that love; peaceful, supportive, inclusive community; and freedom of expression, are the most important things.