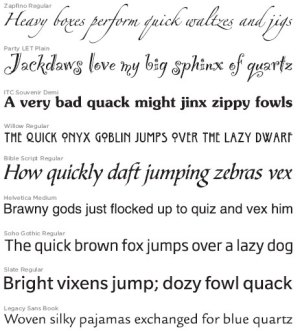 Ever since I used my first word processor and clicked on a drop-down Fonts menu for the first time, I’ve been curious about where the HELL all of these different fonts came from.

Initially, that curiosity didn’t last very long. Like many people, I assume, I went through my wild experimental phase, creating documents with a ridiculous assortment of typefaces, until some “sensible” person told me to stop. And almost overnight, I retreated to using a mere conservative handful, like Arial and Times New Roman, and fonts became just another set of tools in the tool box.

Years later, however, as I learned more about graphic design, I started to wonder whether or not it really was the case that actual people took the time to design all of these fonts, one letter, number, symbol at a time.

It’s pretty mind-blowing when you really think about it, that each letter is actually an individual design dependent on every other letter in the font, so that when they are placed in every combination that written language demands of them they work. Further, consider the myriad of decisions to be made: Should it be serif or sans serif? How far down should the “j” drop below the other letters? What shape should be used for that squiggly line that intersects the circle and makes the capital “Q”? Should the middle two lines that make the “W” intersect or just meet in the middle? Etc.

And those are just a few of the macro design choices in a field, typography, that is just as often about micro choices, those almost imperceptible differences in line thickness or curve, tilt or embellishment, etc. Sometimes the differences between fonts, to the untrained eye, are so tiny…

…you might be justified in asking why the bother. Answers on the interwebs to the question, “How many fonts are there?” run the gamut, from the 100 or so fonts loaded by default on Windows PCs, to numbers in the hundreds of thousands.

Whether or not you think this is excessive, there’s no denying that typography is a legitimate art form that isn’t largely seen as such because it is so taken for granted. To many, if not most, people, typefaces and font families are just…there.

Anyway, this post was inspired by an article I read this morning at Imprint on the sources for some of the cool, far out typefaces that were popular during the 1960s. That those typefaces seem old and dated to us now, and yet were actually resurrections of nineteenth century letterforms made from wood, speaks to how deep the art of typography runs, how typographers are students of the past as much as they are creators contributing to the evolution of the craft. 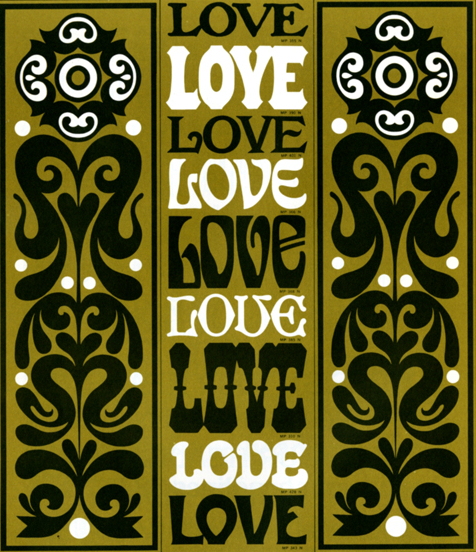