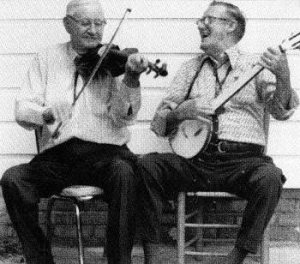 WAY back in August 2010, I wrote about how Wilco frontman Jeff Tweedy was producing an album for soul music legend Mavis Staples.

Meanwhile, Wilco’s been touring with veteran English rocker Nick Lowe, after having covered Lowe’s 1977 song I Love My Label earlier in 2011, in celebration of the founding of their own label: dBpm Records.

Well, Wilco recently played what they called the Incredible Shrinking Tour of Chicago, five consecutive nights in five different Chicago venues, with guest appearances by Mavis Staples and Nick Lowe, and, lucky for us, someone filmed a wonderful backstage rehearsal (see below) of The Band‘s hit The Weight, a song Mavis has been singing for years, ever since she, her father, and her sisters, The Staple Singers, performed it with The Band in Martin Scorcese’s amazing 1976 concert film The Last Waltz.

I watched this video and felt a warm rush of feelings, as it evoked the incomparable joy I feel making music with family and friends. I’ve been blessed, for the past 15 years or so, to have had many occasions to join together in circles of musical compatriots, singing songs old and new, blending instruments and voices together, creating a vibe of love and community on which I thrive.

The timing of having stumbled upon this video is pretty incredible. I’d just sent out an email to invite folks over to my house for a music jam later this month. Now, that day can’t come soon enough!

One thought on “Video Fridays: Wilco, Mavis, Nick, and the music circle”