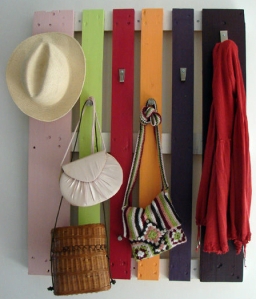 Last week I posted the first installment of my new Recurring Series, Upcycling, featuring the coat rack you see here to the right. Made from a reclaimed wooden shipping pallet, I found it via Shelterness.

Well, I managed to move from inspiration to implementation in what was almost certainly a new personal record for any endeavor other than blogging. In just five days, I took this idea, ran with it, scavenged a pallet, removed the bottom boards, cleaned it, primed it, painted it with dregs of varying age from our embarrassingly large store of paints from projects past, mounted the hooks (from Ikea, the only non-recycled items in the project), and, finally, mounted my new coat rack in the mudroom. (It should be noted that I was generously assisted in the painting and mounting phases by my wife, who was probably wondering what had gotten into me, but who also knew that she shouldn’t question the newfound productivity, else it might disappear as quickly as it arrived.)

Since I know you’re dying to see my finished product, here are two photos, and then I’ll finish up with some notes on the project that I think could be helpful to anyone else who might give the idea a try: 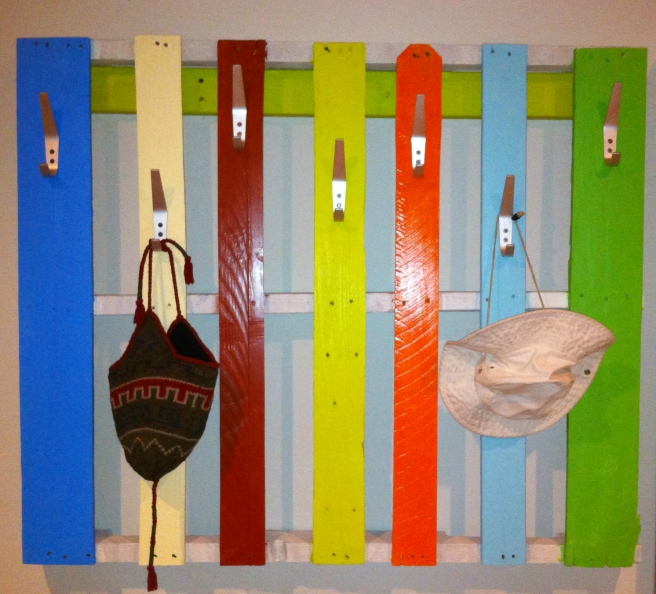 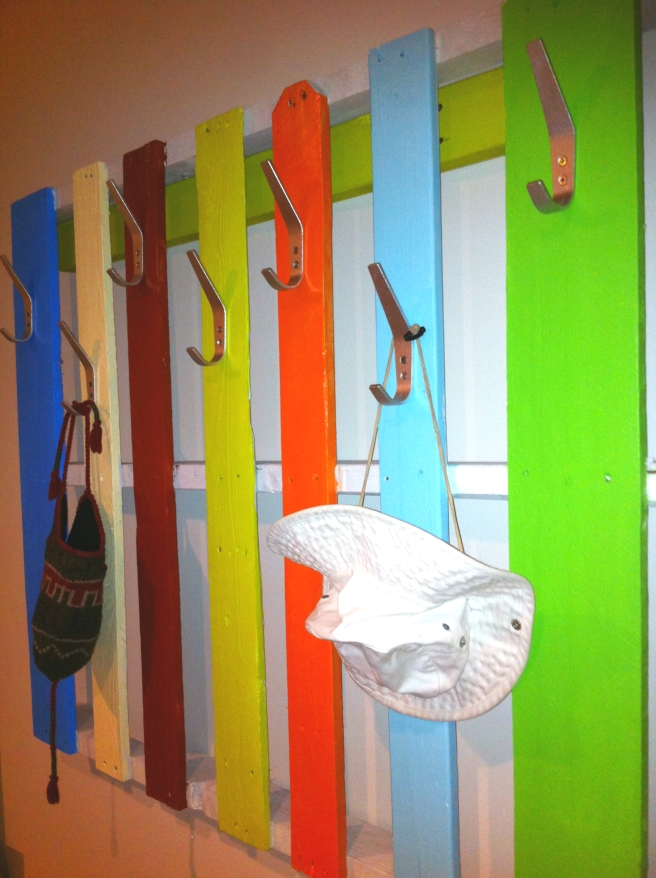 As promised, if you choose to attempt this at home…