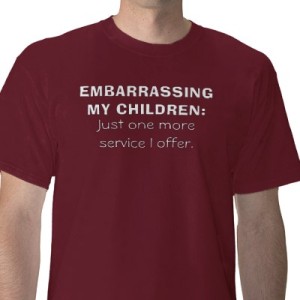 He didn’t say it.

It was frickin’ cold outside this morning, frost on the rooftops and windshields, and I was up at 7am on a Saturday, doing my fatherly duty, dropping my son off at the YMCA, where he loaded into a van for a trip to a rock climbing competition in Seattle.

On the way to the Y, it was a really sweet time. I lightheartedly teased him into eating his eggs, he joked about having to carry those eggs up the wall as he climbed, we listened to the Hawaiian music radio show on KUGS, and we reminisced about having been swimming with sea turtles off the Big Island several years ago.

Shortly after we arrived, the rock climbing team and their coach loaded into the van, my son took a spot in the back by a window, and I went up to the window to say goodbye. For years we’ve been saying “I love you” to each other in sign language in moments like this, so I flashed him the signs. Usually, he responds instantly, but this time he hesitated.

Feeling like something was missing, that this was not a sufficient send-off, I started signing again, but in wildly dramatic fashion, making all kinds of silly faces, tapping on the window, waving my hands goodbye frantically…really hamming it up for comedic effect.

Like I said, he didn’t say it, but the non-verbals, the roll of the eyes and lack of reciprocation of the sign language, almost certainly could be translated as, “Dad, you’re embarrassing me!”

And it was the first time this phenomenon played out for us. The first of many times it will play out, if there is any degree of truth to the anecdotes from other parents and stories from my own childhood.

I have to say, it’s a little heartbreaking.

2 thoughts on “Best of Fish & Bicycles: Dad, you’re embarrassing me!”