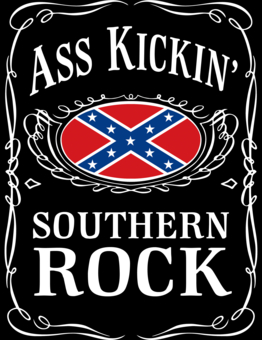 Ok, I admit it! When I was in high school I went through a brief but intense immersion in Southern Rock, listening almost exclusively to: Allman Brothers Band, Lynyrd Skynyrd, Charlie Daniels Band, Marshall Tucker Band, The Outlaws, Molly Hatchet, and others. The first two concerts I attended were the Allmans and The Outlaws respectively.

I was an ignorant white kid from a white suburb, drawn to the driving electric guitars and the gritty attitude of the music, and as embarrassing as it is to confess, I even put a Confederate flag on the wall of my room, because many of the bands from that era included the flag as one of their icons.

Unbelievably, as if I’d slept through all of my U.S. History classes, I never made the connection between racism and the southern pride that the Southern Rock world was infused with.

But I remember, very vividly, when the light bulb of awareness came on.

I was with my family visiting my older sister who was attending the University of Georgia, and during that trip we went to a county fair, and everywhere I looked there were Confederate flags and tough looking guys in leather and cowboy hats, and I suddenly remembered that I was a Jew.

Gulp. I was scared. And as soon as I got home the flag came off the wall, and I stopped listening to Southern Rock.

Now, years later, I’ve been able to compartmentalize the music from the culture, and if the music is good and the lyrics aren’t offensive I’m now able to enjoy it again.

Fast Forward: As I mentioned in a Video Fridays installment two weeks ago, the band I’m in has been gigging a lot lately, and it’s been a blast.

But when we played a bar in a rural community last weekend, several times, in between songs, some very vocal folks in the audience screamed out, “Skynyrd! Skynyrd!” and we had to disappoint and respond that we didn’t have any Lynyrd Skynyrd songs in our repertoire.

Our bass player, who, in the past, had played this bar with another band, had suggested for weeks that we work on Skynyrd’s song Gimme Three Steps, but we brushed it off…and I couldn’t help thinking about the lyrics of that song.

See, the narrator is being threatened at gunpoint and begs the gunman to give him a three-step head start toward the door, that he might have a decent chance to run away unscathed.

Heeding this cautionary tale, we’ve since rehearsed Gimme Three Steps, we’ve been asked back to that same bar, and we’ll be debuting it there tomorrow night.

All we have to do now is not screw it up, so that we don’t have to wonder whether or not we’ll need those three steps towards the door.