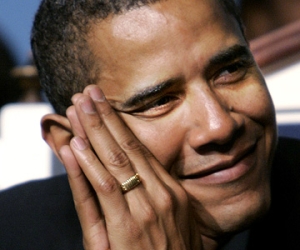 It’s been quite a week.

I truly wasn’t sure if President Obama, my choice in 2008 and again this year (as I wrote a few weeks ago), would be re-elected, and that scared me. Having made it through the many nightmares of George W. Bush, and to see the economy finally recovering from the disastrous mess Bush Jr. left behind — thanks to our first-ever African American president — it was terrifying and tremendously sad to think about the possibility that this election might result in another right wing, white male millionaire in the White House.

And so, Tuesday’s outcome was a monumental relief, a triumph! Obama’s coalition, including large majorities of people of color, Jews, Catholics, Buddhists, Muslims, women, and the LGBTQ communities, is truly representative, a real cross-section of America.

As I mentioned two weeks ago, no, I don’t like every single thing the president has done in his first term. Some of these are VERY serious issues, like a weakened stance on climate change (though he re-committed to tackling this in his victory speech), and various national security issues such as indefinite detention.

For this week’s Video Fridays installment, then, I feel moved to share the following clip, President Obama’s address to his campaign staff the day after the election, because it illustrates so well the sentiments I’ve just expressed.

This is the President of the United States, but here he is exhausted from a grueling campaign, a campaign he had to wage while also running the country, here he is sharing a story from his past, not to brag about his accomplishments, but as self-deprecation, to compare himself at the age of 25 to many of the young adults on his staff, to compliment them for being far ahead of where he was at that age, to tell them how proud he is of them and how confident he is that they will now go out in the world and do amazing things, and it’s that thought that brings tears to his eyes, rather than simply expressing his gratitude for everything that they did for him.

I honestly can’t see how anyone could hate this man.

7 thoughts on “Video Fridays: My President”