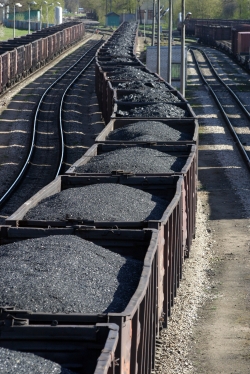 It’s been over a year since I last wrote about the ongoing battle over coal happening here in the Pacific Northwest, where efforts are underway to build multiple shipping terminals to send millions of tons of coal to China, with one of the terminals proposed here, at a site just north of my Bellingham, Washington home.

Ironically, and perhaps fortuitously for us here in Bellingham (via Bloomberg.com):

The $77 billion solar-energy industry is forecast to expand the most since 2011, as China becomes the biggest market for the first time and drives annual global installations to a record…

China, after building scores of factories that helped cut panel prices 20 percent in the past year, is poised to become the biggest consumer of the devices after doubling its 2013 target for new projects in January…

China, the biggest emitter of carbon dioxide, is forecast to unseat Germany as the largest solar market in 2013… Projects have multiplied as the nation provides financial support to its solar companies in a bid to diversify the coal-dependent energy industry.

Tripling their solar implementation in one year! THAT is good news, whether your hometown is threatened by coal or not.

The latest on the proposed shipping terminal: The backers of the project, SSA Marine and Burlington Northern & Santa Fe Railroad, will have to conduct a thorough study of environmental impacts, resulting in an Environmental Impact Statement (EIS) that they will have to submit to the local, state, and federal government agencies (aka Co-Lead agencies) overseeing the project. The Co-Lead agencies will study the EIS and either approve or reject the building of the terminal. The scoping of the EIS — identifying exactly what impacts must be studied and reported on — was recently conducted, via a series of statewide public hearings and an open comment period. 124,000 comments were submitted.

It’s unclear how long it will take for the government agencies to review all of the comments and to announce the scope of the EIS, but it is estimated that the EIS will likely take two or more years to complete.

So, wouldn’t it be nice if China’s rush to liberate itself from its coal dependency resulted in a severe enough decline in demand that the building of the shipping terminal would ultimately be cost-ineffective?

One can hope, can’t one?