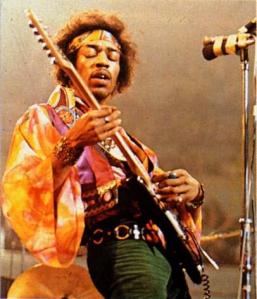 So, a friend of mine posted the following video of a young Korean woman, Luna Lee, playing Jimi Hendrix‘s Voodoo Child (Slight Return) on a traditional Korean stringed instrument called a gayageum, this morning and it just…

In fact, it blew my mind so thoroughly, especially affecting the language centers in the left hemisphere of my brain, that it’s making it difficult for me to fully express my thoughts on this video.

Suffice to say, the timing is very interesting.

Back in February, on a little getaway to Portland, Oregon, my wife, son and I stopped into a Japanese art gallery, where the gracious host, without our asking, played some beautiful traditional music for us on a Japanese koto, which is a VERY similar instrument.

Then, just this past weekend, my family and I, who have hosted foreign exchange students in our home for many years, welcomed into our home for the first time a student from Korea.

Anyway, I’ll get my mind back eventually, but, in the meantime, here’s the video (though I dare not watch it myself again right now, or else I’ll be fairly useless today), as well as a clip of Jimi doing the original.

Enjoy, but don’t plan on being functional for a while afterward.