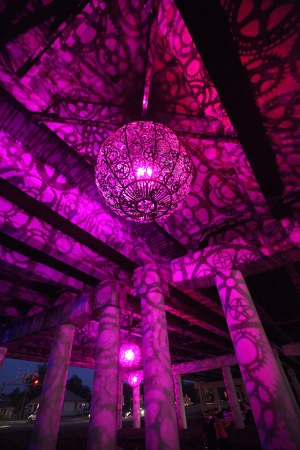 Similar to a post I did back in October 2012, this could easily belong in my Tweet of the Day, Eyecatchers, or Upcycling series…

…AND, both posts involve chandeliers made from recycled bicycle parts…

…AND, both posts were sourced from tweets by Christopher Jobson at Colossal.

…AND, since Fish & Bicycles LOVES all things bicycle, this was a no-brainer.

The amazing bike part lighting here, titled Ballroom Luminoso, the work of Joe O’Connell and Blessing Hancock, is installed in a highway underpass in San Antonio, Texas, taking street art to a whole other level.

Ballroom Luminoso references the area’s past, present, and future in the design of its intricately detailed medallions. The images in the medallions draw on the community’s agricultural history, strong Hispanic heritage, and burgeoning environmental movement. The medallions are a play on the iconography of La Loteria, which has become a touchstone of Hispanic culture. Utilizing traditional tropes like La Escalera (the Ladder), La Rosa (the Rose), and La Sandía (the Watermelon), the piece alludes to the neighborhood’s farming roots and horticultural achievements. Each character playfully rides a bike acting as a metaphor for the neighborhood’s environmental progress, its concurrent eco-restoration projects, and its developing cycling culture.

Anyway, here are some more photos of this amazing work: 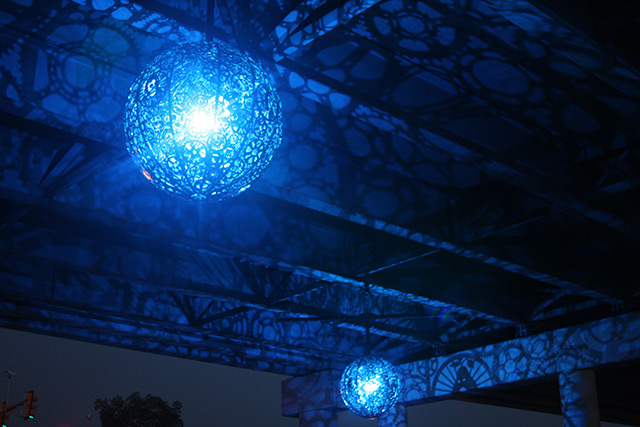 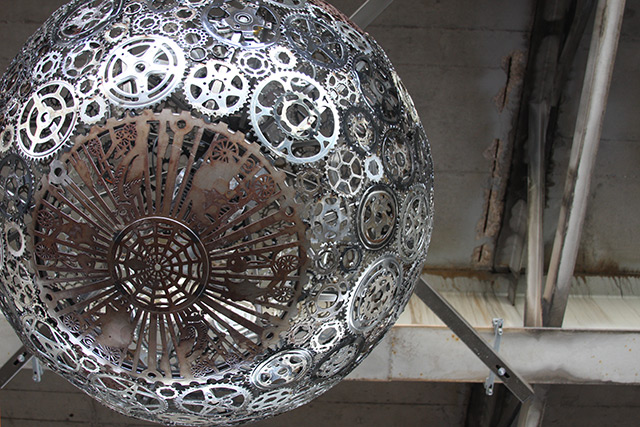 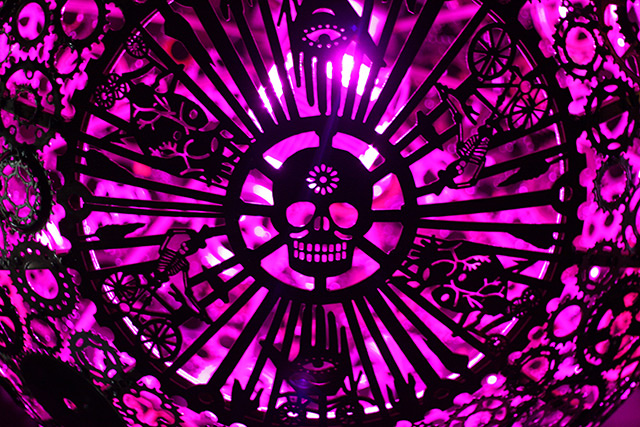