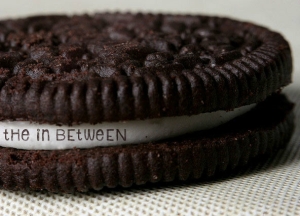 Something has always bugged me about the “shrinking middle class” meme in commentary on politics, government and the economy.

Whenever I encounter it, my thought is something like, “Isn’t it more important that we talk about persistent and rising poverty?”

But when I read stuff like the following title of a Pew Research Center piece on wealth inequality, my question changes to, “Has the term middle class lost all of its meaning?”

If a gap is widening, how can what we’ve always called middle class still be in the middle?

I mean, just thinking literally for a moment, from Dictionary.com (emphasis of equidistant in bold added by me):

According to Pew (my emphasis added in bold):

I find this surprising, because, you know, a lot of people who ARE very good at math are economists and/or write about economics.

It seems rather unscientific that we just continue using the phrase middle class as if there were three economic classes and one of them was right in the middle of the other two.

And so, in the spirit of accuracy, I hereby propose this simple remedy:

From this point forward, instead of using the inaccurate and misleading The Middle Class, we should all start using: The Somewhere-In-Between Class.

I know it’s a mouthful, more syllables and keystrokes to deal with, but what’s more important, convenience or truthfulness?