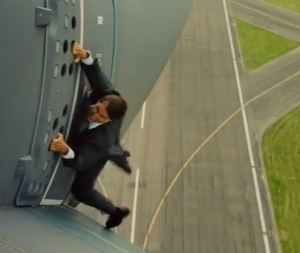 So, apparently, reviews, not just of movies, but of movie TRAILERS, is now a thing.

There’s even an entire website dedicated to this new form of journalism.

I feel so old. I mean, I remember when moviegoers ALWAYS referred to trailers as “previews”, and I never accepted the reason why the term “trailer” is even used anymore.

After all, the suffix “pre-” suggests something that comes before something else, which has two meanings in this case: 1. previews come out before the actual movie comes to theaters; 2. in the theaters, previews come before the feature presentation.

“Trailer”, on the other hand, refers to something that trails behind, that comes after something.

The fact that, historically, previews were shown after the feature presentation — which in the case of the popular serial films of the time made a lot of sense, since you wouldn’t want to watch the preview for the sequel before watching the prequel — doesn’t make up for the fact that any reasonable person would agree that the name should have been changed to “preview” once they no longer were shown after the feature.

Even the Motion Picture Association of America uses the term “preview” in something that appears at the beginning of every so-called trailer: 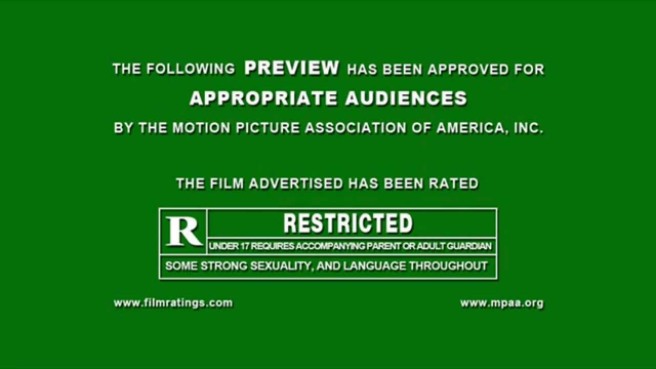 ANYWAY, ironically perhaps, I’m not actually working toward an outright condemnation of movie trailer reviews. On the contrary, I’m working toward recommending the reading of one such review, one of the funniest reviews I’ve ever read.

Here’s a snippet, from The Guardian:

In a year packed to the gills with returning heroes like Star Wars and Jurassic Park and the Avengers, it’s easy to overlook something like Mission: Impossible 5. And that’s perfectly understandable, because what are the Mission: Impossible films if not incredibly expensive excuses for Tom Cruise to dangle off stuff? And, in all honesty, if you’ve seen Tom Cruise dangle from one thing, you’ve pretty much seen him dangle from everything.

If only they gave out Oscars for dangling, Tom Cruise would cinch it. Incidentally, this is the moment that I decided not to go and see Mission: Impossible 5 until the whole thing is reedited to be one continuous shot of Tom Cruise hanging onto the side of a plane while it flies all the way to, say, Berlin or something. I cannot be alone in wanting this. Someone should start a petition.

There’s plenty more where that came from, so please do check it out and enjoy some hearty chuckles.

In the meantime, here’s the Mission: Impossible: Rogue Nation PREVIEW: