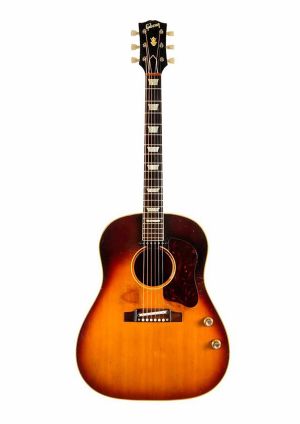 This, in the photo here, is a guitar once owned by John Lennon.

One thought on “Of Guitars, Celebrity, And Spiritualilty”