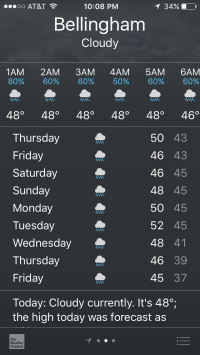 Now, Fish & Bicycles, from its inception, was intended as light fare.

In my very first post, in October 2009, I mentioned how my previous, now-defunct and unlinkable blog, was almost entirely political, which means it almost always featured heavy, often disturbing subjects, and feeling as I did and still do, that there are already plenty of political blogs out there, that the news media in general is dominated by bad news, I was determined to stay focused on things that I really like, including: current local events, snippets of daily life experiences, art, design, music, film, theater, the written word, technology, travel, sustainability, spirituality, fatherhood, etc.

And ever since, when I’m faced with a wave of gloom, like the wave mentioned above, I either struggle mightily to keep my commitment, to find something positive to post, or I find myself paralyzed, unable to post anything (this is my first in over a week), feeling it disingenuous and unauthentic to pretend that the gloom is not there.

And, at that thought, I’m reminded of something I read on the first topic I mentioned above, last week’s racial hate speech and threats incident at Western Washington University (WWU), an incident that has spawned a series of public forums and facilitated listening and discussion sessions.

Of the very first of these sessions, a town hall, the Bellingham Herald wrote:

In response to the question about the hopes for the university, panelist and graduate student Alex Ng advised that these conversations should make people feel uncomfortable.

“As we go forward as an entire community and as individuals, what we’re asking people to do is choose to be uncomfortable, which is kind of crazy, but it’s so important that we do that and we have to have the courage to do that together,” Ng said.

So, here I am, feeling gloomy but still writing, trying to make sense of the senseless, trying to be honest, even at the risk of being morose, choosing to be uncomfortable so that denial doesn’t inadvertently perpetuate that which I could choose to deny.