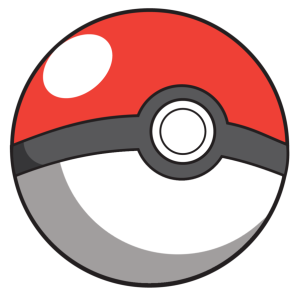 Pokémon, go.
but only that I might hop on my skis
or mountain bike
or kayak
and look for you.

When I find you,
let’s hang out
and play Xbox games,
and Snapchat with our friends,
who are across town,
also playing Xbox games,
because the serious things in this life
have become WAY too serious …
and scary.

Vol. 4 in my Notes From Italy series.

If I had to list the most ubiquitous things in Italy, that list would certainly include two items I’ve mentioned in previous Notes From Italy posts, Tiny Vehicles & Food.

Also competing for a top slot on that list:

Perhaps it’s stating the obvious, with Italy being the birthplace of the Catholic Church, but however much I knew what I was getting into, I was still amazed and occasionally overwhelmed by the dominant place the religion holds in the country.

Harboring my share of criticisms of the Church, but nonetheless able to admire the expressions of devotion manifest in the empirically beautiful art and architecture that abound in Italy, my family and I visited quite a few churches, chapels, cathedrals, basilicas, etc., and having done so encountered, up close and personal, a rather interesting cognitive dissonance:

Despite the fact that the Catholic Church is a bastion of conservatism, and Italy the center of the Catholic universe …

… there are a LOT of naked people, basically everywhere!

No experience brought this seeming contradiction to mind more than our visit to the Sistine Chapel at the Vatican.

Let’s suppose there was a person who knew nothing about Catholicism or Christianity, and had no idea what a chapel is, but at the same time was someone who has had some exposure to even the mildest form of pornography. Well, I truly believe that if this supposed person walked into the Sistine Chapel, at first glance, they might just get the wrong idea.

In other words, there is a LOT of skin, and buttocks, and breasts, and nipples, and the occasional penis … in just about every direction you look!

At the same time, every few minutes or so, the guards yell out to the crowd to stop talking and stop taking photos, because, they say, it is a very holy place.

Up Next: Notes From Italy, Vol. 5: Miscellaneous One Liners

Vol. 3 in my Notes From Italy series.

My favorite street in Florence, by far, was Via Dei Neri, a narrow, 4-block stretch, one block in from the north bank of the Arno River, lined with shops, trattorias, osterias, pizzerias, cafés, bars, gelaterias, bakeries…

…so yeah, mostly food, and only a block from the apartment we were staying in.

There are no major landmarks directly on Via Dei Neri — though you can look up and westward to see the tower of the Palazzo Vecchio — and this adds enormously to its off-the-beaten-tourist-path charm.

As mentioned in my Notes From Italy, Vol. 1:

As you stroll through the narrow, cobblestone streets, it seems that every other doorway is a café, bar, or restaurant with outdoor seating, even the tiniest hole-in-the-wall establishments have a handful of stools in the doorway or out on the narrow sidewalk, and Italians sit there with their espresso or glasses of wine in their hands, seemingly not a care in the world, fully relaxed, entertained by just being there.

The epitome of the tiniest hole-in-the-wall establishment is All’antico Vinaio:

Though not shown in this photo, there is almost always a line out the door and into the street at this wonderful little osteria, and for a very good reason: for just €7, one can get the most delicious sandwich I ever had — prosciutto, mozzarella, tomato and arugula on rustic schiacciata bread with fantastically chewy crust — all washed down with an equally chewy glass of chianti.

Yes, wine with a sandwich, this is Italy, and this sandwich more than deserves the pairing:

Molto delizioso, and WELL worth the wait in line!

Up Next: Notes From Italy, Vol. 4: Naked In Church

So, remember what I said in my last Notes From Italy installment?

Italians make hanging out, leisurely, look so utterly, authentically, natural, in a way that Americans only wish we could…

There was one glaring exception to this characterization of Italians as Zen-like artists of leisure, but you’ll have to wait for Vol. 2 of Notes From Italy for that!

… they do so as if they are all facing a dire emergency; as if getting from Point A to Point B, even if Point A is home and Point B a grocery store, is a matter of life and death.

Tailgating and passing other vehicles whenever humanly and mechanically possible is of the utmost importance.

Traffic rules don’t seem to exist. I don’t think I saw a turn signal used the entire two weeks in the country, except for obvious fellow tourists in rental cars.

Italians drive like they speak, with great intensity of feeling. They are the Luciano Pavarottis of the road.

But then maybe these motoring tendencies are NOT actually an exception to the “artists of leisure” label I have applied to my Italian brothers and sisters.

Maybe, after all, Italians drive their tiny, tiny vehicles very, very fast because…

By that logic, then, driving, even for the most mundane of journeys, could be seen as a form of play, a form of leisure!

On our very first day in Florence, the first destination of our 2-week visit to Italy, the very first thing that dramatically stood out to me was:

Italians make hanging out, leisurely, look so utterly, authentically, natural, in a way that Americans only wish we could.

Put another way, it makes perfect sense that the same people who, for hundreds and hundreds of years, produced legendary artistic achievements — seen and heard around just about every corner, in the legendary art and architecture, in the very way, for instance, that Florence was sited on the banks of the Arno River, with it’s lovely string of bridges leading from the city center across the river to the Oltrarno District, where one can naturally start heading uphill to enjoy the perfect sunset view of the birthplace of the Renaissance from Piazzale Michelangelo — have made leisure an art form.

As you stroll through the narrow, cobblestone streets, it seems that every other doorway is a café, bar, or restaurant with outdoor seating, even the tiniest hole-in-the-wall establishments have a handful of stools in the doorway or out on the narrow sidewalk, and Italians sit there with their espresso or glasses of wine in their hands, seemingly not a care in the world, fully relaxed, entertained by just being there.

Back home in the U.S., most people seem to always be thinking about and concerned with where they aren’t or where they need to be next, constantly interacting with their mobile phones, even in the company of others, while in Florence there was hardly a phone in sight, and even then a brief glance and back into a pocket or purse it goes.

Of course, this does not in any way mean that Italians don’t work hard. They very much do, more times than not in less than desirable jobs, thanks to a weak economy.

It’s just that when they aren’t working, they REALLY know how to NOT work.

There was one glaring exception to this characterization of Italians as Zen-like artists of leisure, but you’ll have to wait for Vol. 2 of Notes From Italy for that!

I have a dream that one day this nation will rise up and live out the true meaning of its creed: “We hold these truths to be self-evident, that all men are created equal.”

What happens to a dream deferred?

Or does it explode?

As mentioned in my last post, my wife, son and I recently returned from a 2-week trip in Italy, a trip that defibrillated and resuscitated my inner blogger.

The first product of this resurrection will be a recurring series of posts titled Notes From Italy.

A few notes about the Notes:

I’ll leave you with this teaser/spoiler, jumping to where we spent the last three days of our trip: the Amalfi Coast: 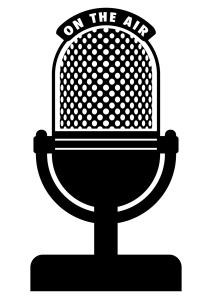 Over the 7 years I’ve been writing Fish & Bicycles, the two longest breaks I’ve taken from the blog have been sizeable, especially when you consider that normally I post at least once a week.

First, there was a planned hiatus from June 2013 thru November 2014, and today I emerge from an unplanned break of some months, not having posted anything since April 21, 2016.

Reasons for the breaks have been many, but mostly it’s a combination of a decline in inspiration to write, married with various life events that demand time and attention.

Fitting, then, having just returned from two weeks in Italy with my wife and 18-year old son, that this particular life event provided the inspiration I needed in order to make my way back to Fish & Bicycles!

I mean, how can you NOT be inspired by this?

I journaled a fair amount during the trip, and starting soon I’ll be posting a series of blog entries titled Notes From Italy.

So, cook up some pasta, pour yourself a glass of chianti, and enjoy!